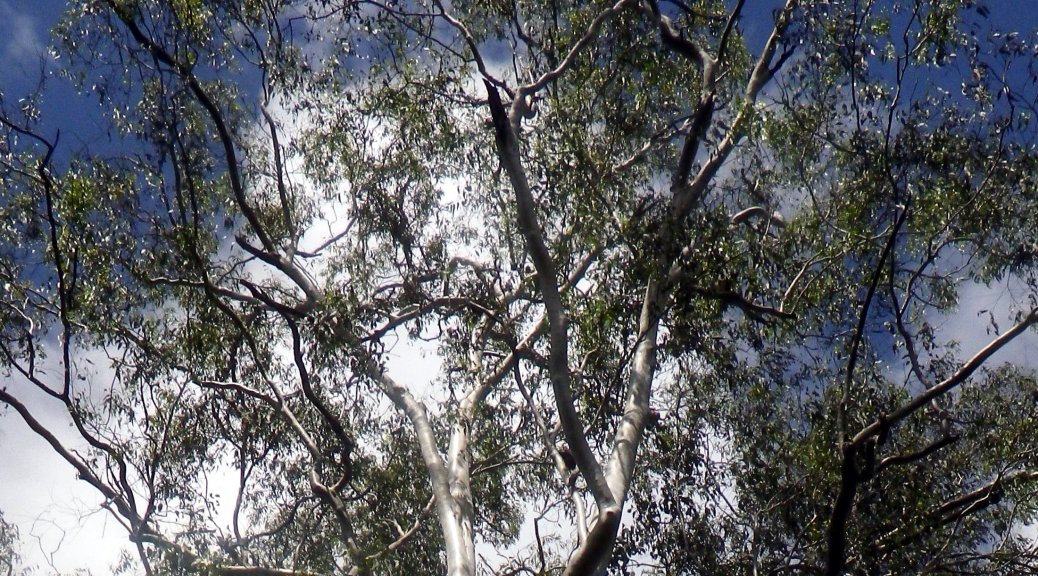 The most noticeable feature of the blue gum woodland is the impressive size of the mature Eucalyptus tereticornis. It is likely that individuals of this species represent the tallest trees on the reserve. Their tendency to form good large hollows makes then an important habitat for birds and possums.  Predatory birds can often be seen perching at the top of tall blue gums.

Soils in this ecosystem appear to facilitate more rapid plant growth than other areas. Drainage is good to reasonable and the soil remains friable during the wet season.  Subsequently rainforest species frequently grow amongst the blue gums and the species composition changes very rapidly. The exotic weed Lantana, is very quick to colonize blue gum woodland on the reserve and can form dense thickets if not controlled.

The future of the blue gum woodlands presents a bit of a dilemma. On one hand it is important to maintain as high a ecological diversity on the reserve as possible. However, on the other hand, The blue gum woodland is rapidly transitioning into a Rainforest ecosystem that is much more species rich.

STRATEGY: Mosaic burn < 30%. Begin burning early in the fire season, with progressive patch fires burnt through the year. Stop burning when the network of fires and other breaks is sufficient to impede fire spread later in the year. Storm-burning may be used to add further diversity to the fire mosaic.

ISSUES: Ignition is most likely during hot, dry season (Oct – Jan). These fires are typically high intensity fires that can be difficult to control. Maintaining a fire mosaic will ensure protection of animal habitats and mitigate against wildfires. Fire management approach may be different south of Ingham and similar to areas west of Kuranda to Mt Molloy.

Return to Ecosystems and Habitats