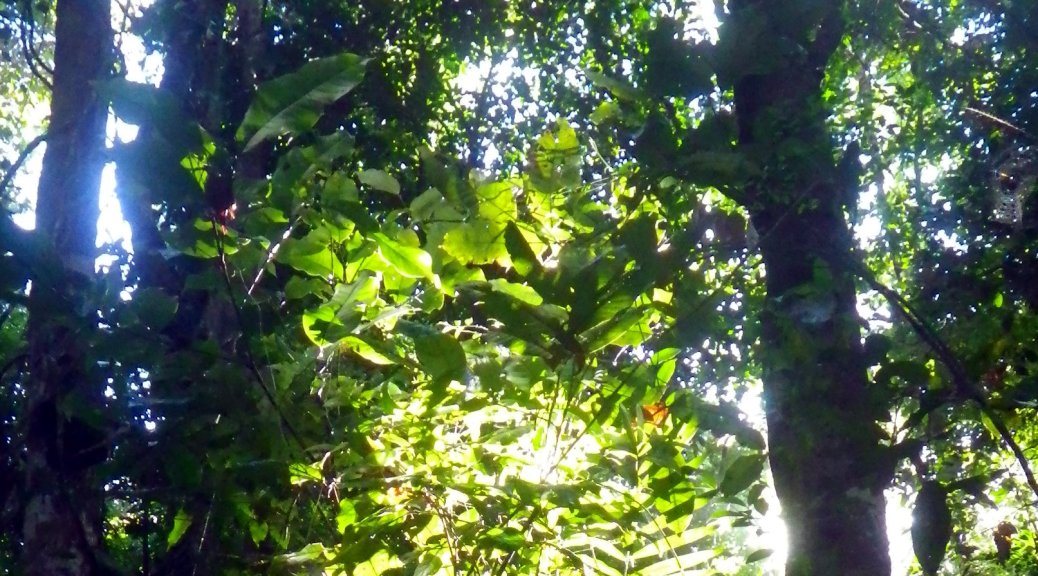 Most of the remnant rainforest in North Queensland is found on steep terrain because in the past, rainforest on flat ground was cleared for to make way for agriculture.  Sheoak Ridge Nature Reserve is located within the Julatten Drainage Basin.  Fortunately a narrow band of rainforest has survived the large scale clearing of the past.  Most likely this was influenced by the fact that much of the area floods during the wet season, and this in turn would have limited its use.

As expected the plant diversity within this ecosystem is very high. Some tree species are relatively common, and are easily found throughout the forest. However some species appear to be very rare with only individual trees being located on the entire property. It also appears that this forest has not received much attention from the Queenlsand Herbarium as one short expedition with members from SGAP yielded 5 plants which could only be identified to genus level and one tree that could not be identified to a genus level with any certainty. 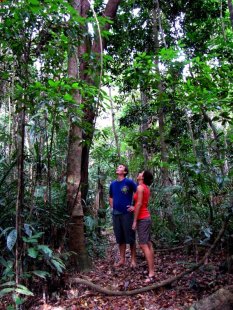 Along a Rainforest trail.

Fire is the main threat to this ecosystem. In order to prevent fires from damaging the rainforest edge, fire breaks have been created between Rainforest/ecotones and Woodland. In some localities the rainforest has been actively encouraged to expand using fire exclusion and re-vegetation.

STRATEGY: Do not burn deliberately.

ISSUES: Typically unlikely to burn owing to lack of flammable grasses. Occasional high intensity fires along fringes, particularly on hillslopes, may lead to loss of rainforest at edges. Low intensity burns away from rainforest edge can be used to protect margins, when humidity and soil moisture are high. Where appropriate, use revegetation of rainforest species to provide buffer to cleared areas. Occasional high intensity fires in adjoining communities may be required to prevent expansion of rainforest elements. Vine thickets on slopes and peat soils may be particularly vulnerable ecosystems.

Return to Ecosystems and Habitats

We aim to keep all information on this site as accurate as possible. If you notice a factual error or a mistake with a species identification please contact us or use the comment feature at the bottom of each page. Thank you.
%d bloggers like this: